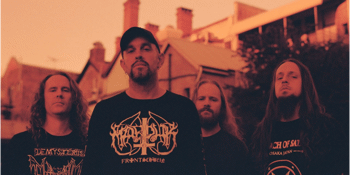 PSYCROPTIC headline a night of heaving blast with their spectacular brand of Technical Death Metal, launching their album ‘Divine Council'

The flames of hatred have found a vessel in DENOUNCEMENT PYRE with their blistering new album ‘Forever Burning’ dropping in June. Blackened death fuckheads WEREWOLVES play their 3rd ever show to launch their 3rd album ‘From The Cave To The Grave’. And miasmic Sydney heroes GOLGOTHAN REMAINS open the gates to what will be an unforgettable night.

Get your tickets now!