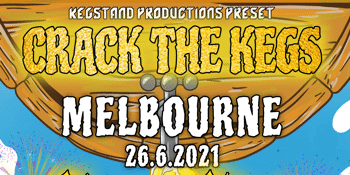 with special guests Lagerstein, Witchgrinder, Hammers, Triple Kill, Dracorex
Max Watt's Melbourne (Melbourne, VIC)
Saturday, 26 June 2021 8:00 pm
51 days away
18 Plus
Music
Send this event to
It's time to party, people! Kegstand Productions are BACK! To celebrate the easing of travel restrictions in our second home, Melbourne, we're putting on an interstate fiesta - 'Crack the Kegs'! With Brisbane's Party Pirates, Lagerstein headlining this event, the mighty Witchgrinder supporting the show, and the likes of Hammers, Triple Kill and Dracorex warming up the stage, it guarantees beers, fun times and partying galore!

'Crack the Kegs' exists because we are on a mission to create the best parties in the whole country, and we couldn't miss out on the chance to put on a KILLER event with some of Australia’s best heavy acts. In true Kegstand fashion, one or two acts was not going to be enough - this is a full-force five-band show headed by the Party Pirates themselves, Lagerstein!

Mother Junkst, Violinist from Lagerstein us know that "2020 was what it was, but that's in the past... Let's just party! Keen to get back to Melbourne after over a year hiatus from that scene".

We are so excited to party with you guys, and can't wait to bring the whole crew out for a Melbourne soiree!

MORE ON LAGERSTEIN:
“One moment you’ll be in a wall of death, and the next you’ll be sitting with the captain, drinking rum out of a glass duck, and singing about the wench that got away!”
- Moshville Times

“Mixing hilarious pirate shenanigans with rock and folk metal, the pirate crew hailing from Brisbane are known for their legendary stage show, which brings a house party to the heavy metal show.”
- The Rock Pit

ABOUT KEGSTAND PRODUCTIONS:
Kegstand Productions are a bunch of Aussie party animals, and promoters from Brisbane, Australia. This team of five love to party and they’ve dedicated themselves to putting on the world’s best, most unique parties. As a full-force booking, marketing and artist management team, Kegstand have their sights set on creating memorable events and are yet to disappoint an audience thus far! 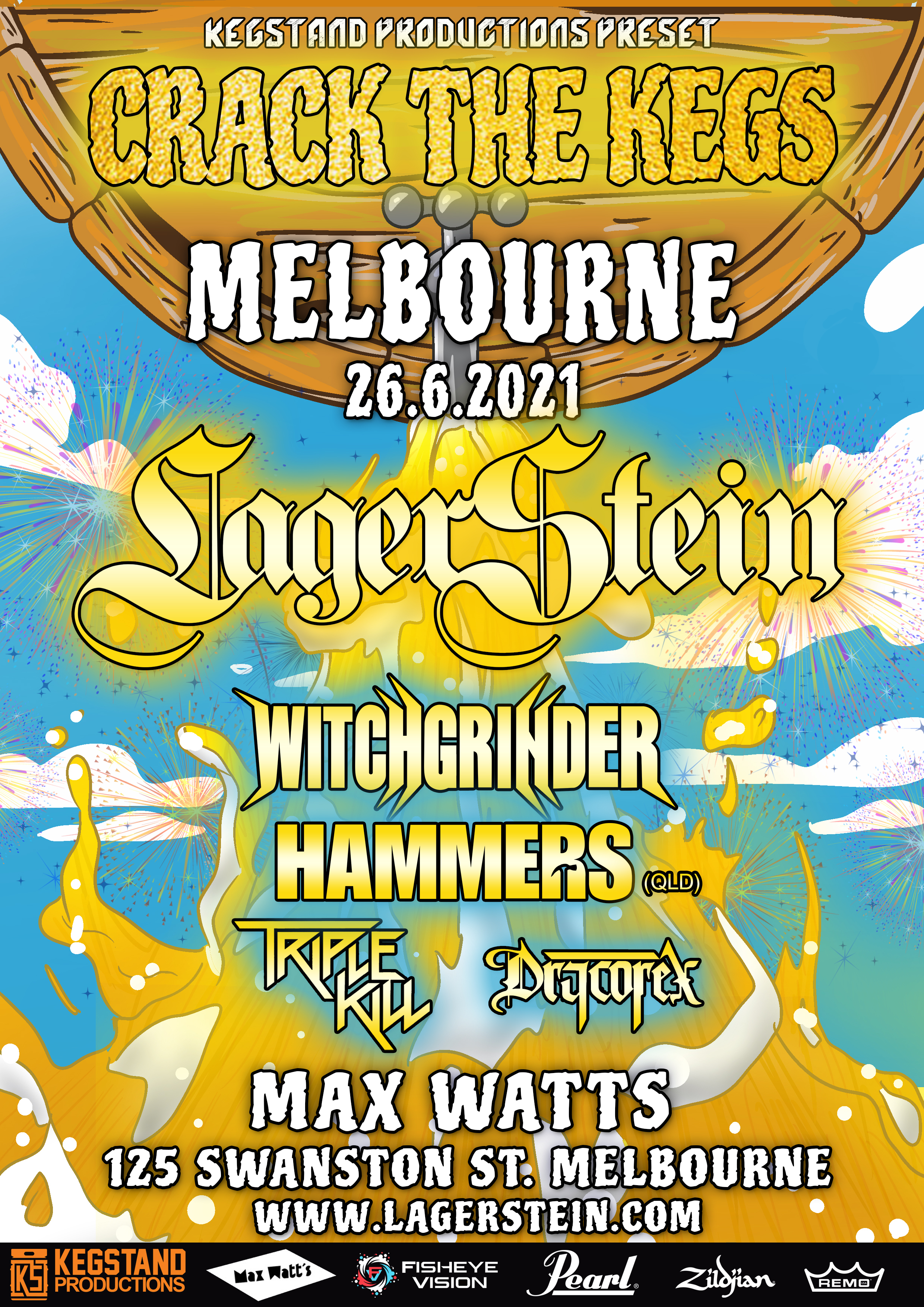